Find out the Latest News 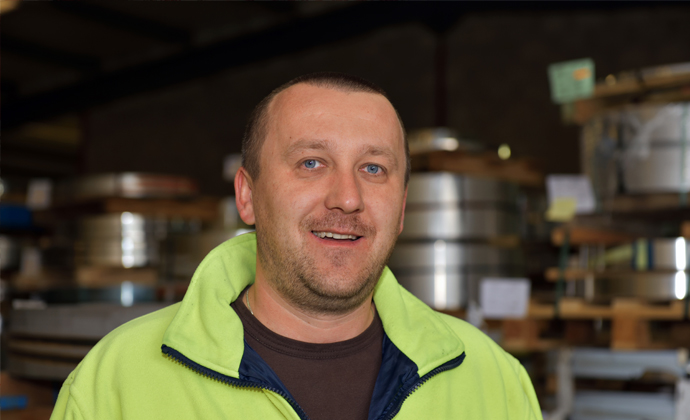 As the Production Manager for Stainless Band, Greg has played an integral role in the company's continued growth. When Jonathan Hanson opened the doors of Stainless Band in 2009, he recognised that above all else, recruiting the right people would determine the success of his company and Greg Syroka has proven himself to be just that.

Along with his day-to-day responsibilities of overseeing the company’s 20 processing lines, Greg has also played a vital role in the various upgrades and expansions that Stainless Band has undergone. Through his role as production manager and his willingness to get his hands dirty with his production team, Greg has a unique insight into where further investments in the facility would be most effective.

Through his vision for growth and his strong leadership qualities, Greg has ensured that the production facility at Stainless Band consistently meets or exceeds the expectations of its customers and represents the levels of service and quality that the company has become known for.

We wish Greg a very happy birthday and look forward to celebrate with him his 50th and 60th birthdays!!!!